What to See and Do in Matera

Matera is a unique place in the world, also known as one of the oldest world’s town. Matera was built during the Paleolithic time and still stand proud and amazing in the middle of the Basilicata region. Delicious local food, trekking, caves, typical hotels a good mood will welcome in especially in the Sassi district, UNESCO World Heritage Site and 2019 European Capital of Culture.

There is no better way to start exploring the city from one of the many “belvedere”. From Belvedere Luigi Guerricchio you will meet this incredible city in all its beauty. From here you will see the “Sasso Barisano” and its complex interweaving of roofs and terraces connected by white marble staircases.Before to start discovering Sassi, go underground to see with your eyes one of the many reasons Matera is a UNESCO site. In the Piazza Vittorio Veneto go to the Palombaro Lungo. This is one of the most impressive water tanks ever made simply by carving the stone. The entire complex has been excavated in the sixteenth century and could contain up to 5 million liters of water.Go back under the warm sun of Matera e take a walk in Via Ridola. This street is the place where the locals come to drink a coffee or meet their friends in one of the cafes you can find in the square Piazzetta Pascoli. From here you will see also the other side of the Sassi, the “Sasso Caveoso”. From the Belvedere now, you will enter in the heart of the city. Go down in the small street at the right of the Belvedere and star walking in the narrow streets of Matera.

Beside of the white tuff of the houses, you will see flowers, plants and al ladies sitting to wooden chairs and chatting with each other. Enjoy everything you see and then get ready to do some steps. The Church of the Madonna dell’Idris was built in the 1300s and it’s the most mystical and evocative place of the Sassi of Matera. Taking its name from the element of water, always very present in Matera, the church is entirely frescoed and allows access to the crypt of San Giovanni in Monterrone. From here you will dominate the city and the canyon just under you.Keep walking across the canyon to get to the Tibetan Bridge. Yes, in Matera there is a very high Tibetan bridge that will allow you to see the canyon from another point of view. Made in wood and steel, this bridge will give you very strong emotions and a new point of view of the Sassi.Now breath and keep walking in Via Madonna delle Virtù. Here you will see one of the best example of this kind of architecture. Built in negative, or digging the rock from the inside, until a few decades ago it was used as a landfill. The chemical reaction of the garbage has created a protective film that has allowed the conservation of the frescoes.After discovering all those architectures, you will really need some rest. Try to have an aperitivo in Via Fiorentini. Cafes and restaurants will give you some relax. Sit in the street and order some Peperoni Cruschi. Those special peppers from Matera are something you can eat only here. Sundried an fried, Peperoni cruschi are famous for the sound the make when you eat them. You can eat them drinking a glass of wine or crushed on the pasta and the meat. Trust us, you will be amazed. 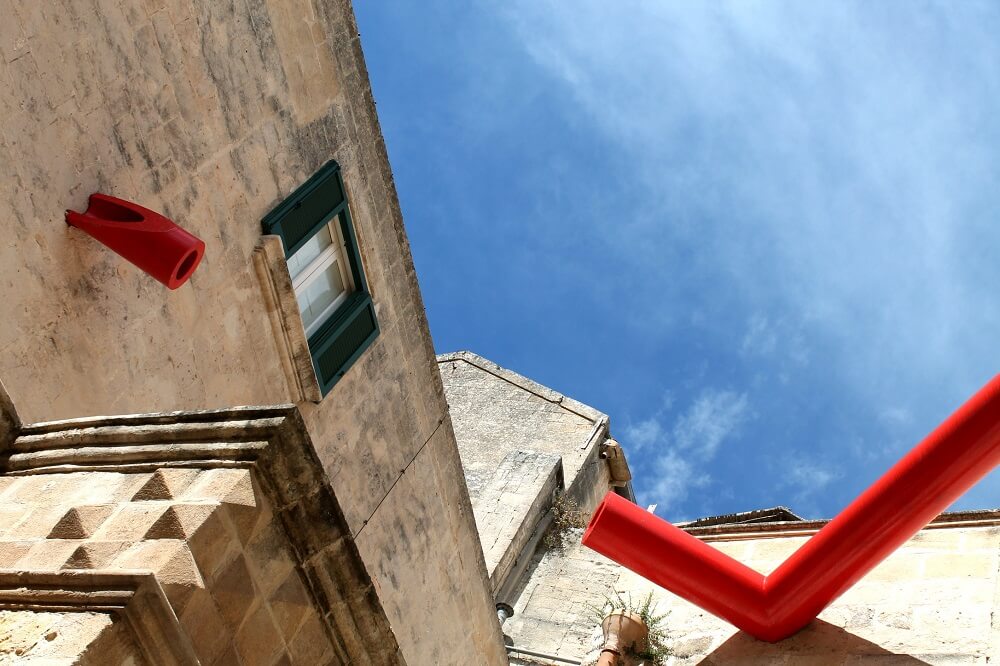 MUSMA is the Museum of Contemporary Sculpture of Mater and hosts international artists from the late nineteenth century to the present.This museum is unique in the world because it shows sculptures in the sculptures of the Sassi. Each art piece has a peculiar set inside the museum so you can see art perfectly integrated in the caves carved by humans during the past.

Ridola Museum is a very important place in Basilicata because it was the first museum opened in Basilicata, back in the 1911. The Museum is all about the history of Matera, from the Prehistoric to the present. You can see ancient art works from Paleolithic time, neolith, Iron, Bronze and all the times to the now.

Located in a rich building of the seventeenth century, Palazzo Lanfranchi id the Medieval and Modern Museum of Matera. The collection is plenty of the sacred art of Basilicata and contemporary works dedicated to Carlo Levi. But the best part of this museum is the church of the Carmine built nearby. Go inside and admire the details of the decorations: you will be amazed.

The MOOM is the Matera Olive Oil Museum and here you will discover all the secret of this liquid gold. Located in the Sassi, the museum has been realized in an old rock press as proof of the historical features of the cave and its integration in the urban landscape.

The Museo Laboratorio della Civiltà Contadina, located in the Sassi district, is an ethno-anthropological museum built in building of the XVI century. This building is made by different caves and is the biggest one of its kind in the South Italy. Here you will learn all about the country southern living and the ancient techniques for cultivating the land.

In the South Italy food is everything and you will find something to eat everywhere in Matera. Matera is famous for different kind of food. Here the Basilicata food traditions are very strong and many restaurants will offer contemporary and traditional dishes to try. 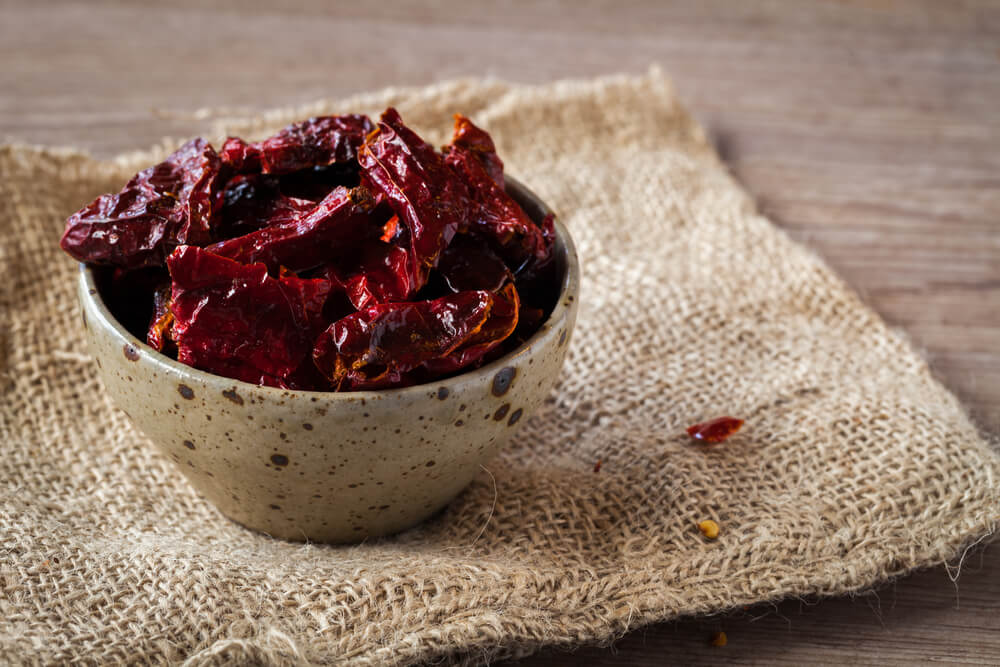 High quality flour and pure water made it possible to create a strong bakery culture in all this area. Matera is not so far from Altamura, the world wide famous city of the bread. That’s why also here the bread is fantastic. Try it plain and fresh or grilled with olive oil and tomatoes: any type of bread is amazing. Try it also with some “ciaudedda”, a typical soup with fava beans and pork.

If you prefer not to sit and just walk around, focaccia is what you are looking for. Bakery “panifici” are all over the city and they serve slices of focaccia with cherry tomatoes on top. From the traditional choices you can also pick the potatoes focaccia (a focaccia with slices of crusty potatoes on top, sometimes with a bit of blue cheese) or onion focaccia if you don’t have to kiss anyone. But lately the new trend is doing focaccia with so many different flavors as truffle, potatoes and Parma ham or salmon, cream cheese and chives.

The king of the ingredients here are the peperoni cruschi. As we said before, those sundried pepper are a typical species from Basilicata. You can see pepper sun drying under the sun everywhere in summer time. The best way to eat them is on top of a plate of “capunti” (a small fresh pasta) with turnips and anchovies. But because they’re so good, you can buy them also in small bags and eat them like they are fried chips.

Meat is everywhere here. The fish is difficult to find in Matera except for the cod, but you will eat some of the best grilled mead. The lamb and the sheep are the most frequent to find in the restaurant and you can try it in different version. The most typical one is the calaridd. The ingredients are lamb, chicory, turnips, wild fennel, mustard, some tomatoes, plenty of onions and spicy pepper. The ingredients are cooked for hours on the burning flame of the fireplace and served in a large bowl with fresh bread. The taste is a bit ‘pungent but it will be worth it.

Matera is amazing itself but nearby you’ll find some of the best cities of Apulia and Basilicata. You will fall in love. 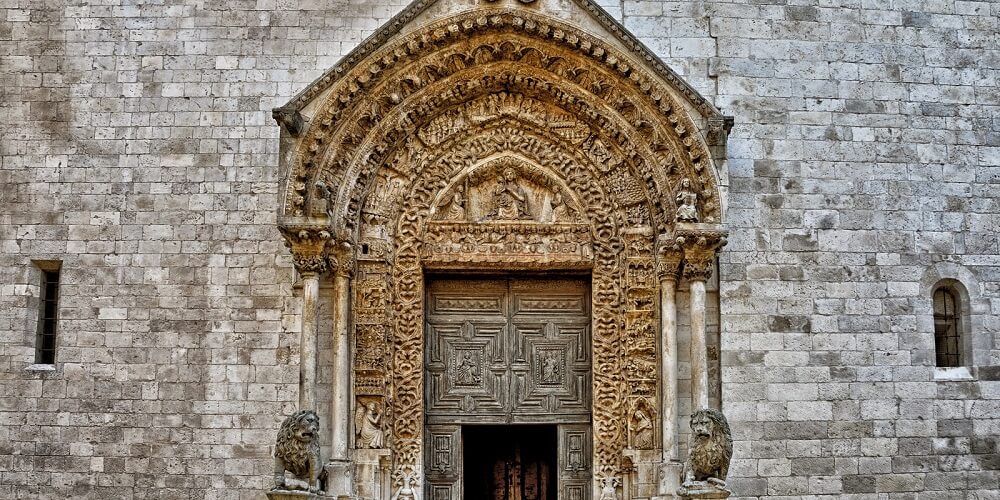 Just 30 minutes away from Bari, Altamura is the city of bread. This bread, sold everywhere in Italy but never testier like the one you can eat here, is one of the reason why people want to visit the city. Along with the bread, the focaccia is another thing you need to eat. Go to Panificio di Gesù and get a “ruota di focaccia”: the taste will make you crazy. Altamura is also famous all around the world for the Altamura man, the oldest skeleton in the world discovered in a nearby limestone cave. 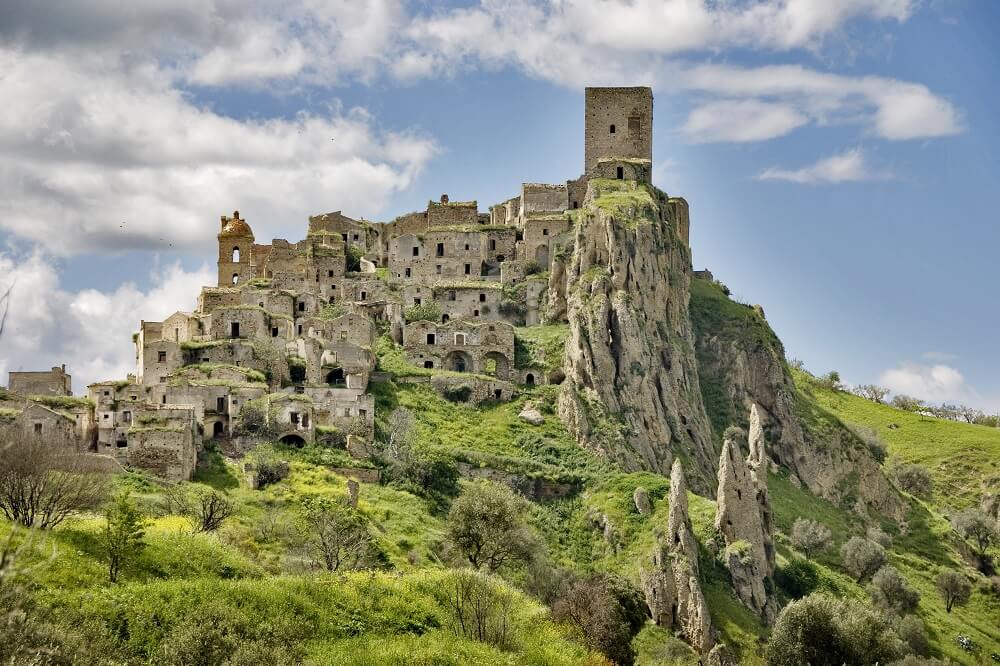 Craco is an absurd and fascinating ghost town. Perched on the mountains of the basilicata, this ancient village was built half on the rock and half on the clayey slopes of the “calanchi”. Towards the end of the 1900 the clay began to yield, destroying almost the whole city and forcing the inhabitants to escape. Now Craco has been included in the list of world locations to be protected and can be visited thanks to an incredible tour that will allow you to discover this city, its ruin and its new rebirth. It is no coincidence that some scenes of 007 were filmed here.

Irsina, recently entered the circuit of the “most beautiful villages in Italy” is a town still unknown to mass tourism, but very beautiful and rich in culture. Between ancient architecture and stone buildings, here you can eat very well and you can admire some of the most beautiful works of art in Basilicata. It’s in the cathedral of the city that there is the only statue ever made by the painter Mantegna, and it is always in another church of Irsina that the frescoes of Giotto’s school can be admired. In addition, the city is also home to at least 70 families of people from North America, Northern Europe and Oceania who have decided to move here to live, because of the beauty and relaxation of local life. 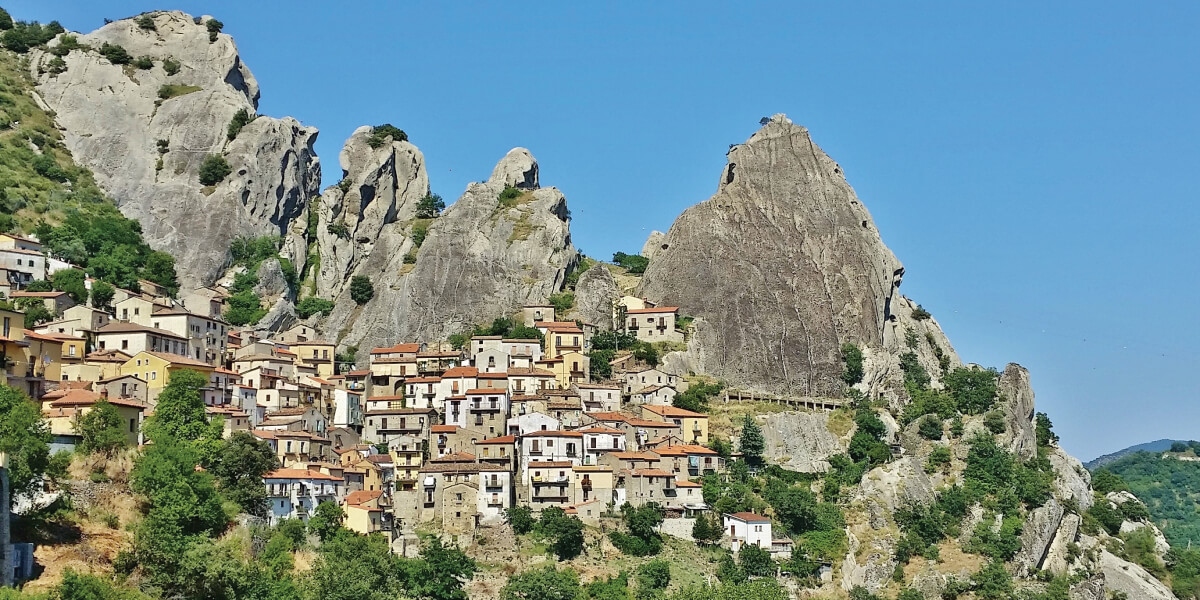 We tend to think that in Italy the mountains are only in the north, but this is not the case in Basilicata. Here there are the incredible Lucanian Dolomites, a small mountain range that recalls the impressive dolomites of northern Italy. Many people lived in these places, including the Arabs who left stone villages still visible in Pietrapertosa and Castelmezzano. And it is in these two cities, built opposite each other on top of the mountains, that one can make one of the most adrenaline experiences of all time. “The flight of the angel” is in fact an incredibly adrenaline zip line that will allow you to go from one top of the mountain to the other, flying like an eagle.

The night life of Matera is not like that of the great Italian cities. Life here runs quiet and you have fun with little. Restaurants and pizzerias will welcome you every evening, while the many bars scattered in the Sassi will accompany you late into the night with a few glasses of liquor and live music.Gay life here is not very active even though in recent years there are more and more gay friendly bars (like Area 8) and associations (such as RiSvolta) that create create moments of sharing and fun.

Matera is well connected thanks the International City Airport of Bari. From here you can take one of the many busses that connect Matera with Bari, the train from the “Appolo Lucane” group or rent a car.Matera is full of cultural activities to do all year long but the best period to come here is Christmas time, spring and summer. During the Christmas period a giant living nativity scene invades the streets of the stones and will take you back in time as if you were in Palestine. In the summer, live music, festivals and cultural events fill the squares of the whole city.