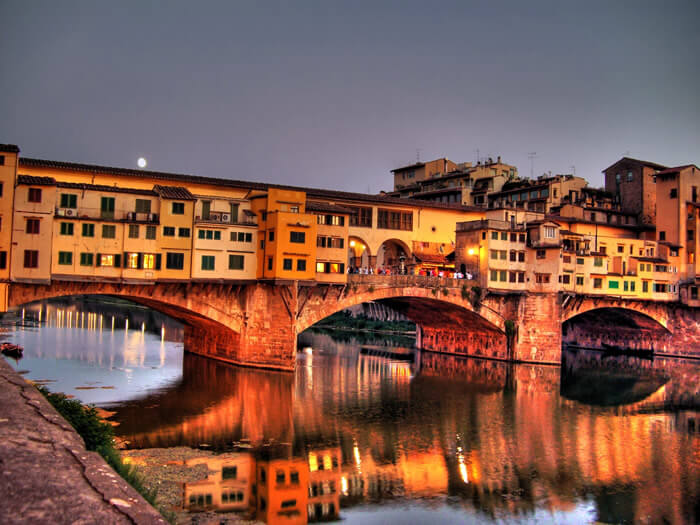 Historically, Florence has always been a city of liberty and tolerance towards local LGBT community. The city was proudly home to the main gay artists of the Renaissance: Michelangelo, Leonardo da Vinci and Machiavelli all lived and worked here for nearly their entire lives.Deeply influenced by this great artists and their piece of art for the city, Florence was an important city for the gay culture in Renaissance, including age-structured relationships. This was until 1432, when Savonarola and the City Hall established “The Officers of the Night” with the purpose to end the practice of sodomy in Florence. Some men during that time undertook gay marriage; and even ‘The Officers of the Night’ seemed to regard men as married to each other.This was so well-known in Europe that, during these years, Florence was synonymous of homosexuality: to prove it, in many German countries the word for gay people was “florenzen”.And what about the Medici family, who ruled the city for four centuries? We know that most of the amazing art we can see today in Florence is there because of their tolerance in art and science. And it would not be a surprise to know that at least three men of the Medici dynasty were gay: Pope Leo X (Giovanni die Medici, 1475-1521), Ferdinand II (1610-1670) and the last of the dynasty, Giovanni Gastone de’ Medici (1671-1737).

Florence is a city full of secrets, especially in the gay world, its artists and the political facts between gay and State. Let’s discover them together!Chiasso del Buco: this little street, that means “Street of the Hole”, is near Piazza della Signoria. ‘Buco’ was famous, in the 13th centrury, for an Osteria where gay people met each other during those days.In the Church of Saint Mark, you can find some of the most romantic tombs of Florence. Here is buried Giovanni Pico della Mirandola with his gay lover. He was a noble man, a philosopher and the famous writer of the “Oration on the Dignity of Man”, the “Manifesto of the Renaissance“. Both men were killed under unknown circumstances, but historians believe that they were poisoned with arsenic. In the tombstone where Pico della Mirandola and his lover are buried, there is a Latin inscription: Quor animos in vita coniuxit Amor that means “Those souls have been in love“.[gmw_nearby_locations results_template=”listing-list-verified-inline” item_type=”posts” post_types=”job_listing” nearby=”item” orderby=”random” units=”kilometers” radius=”50″ results_count=”4″ ]There is a history that is not written in official history books but that has survived the centuries. This history took place in Palazzo Vecchio and it’s dated 1512. During the reign of the Catholic fanatic Savonarola, a war began against gay man and sodomy in Florence. On the month of August of that year, a group of 30 young aristocrats began the first ever demonstration of gay rights. They manifested at the City Hall, forcing a senior justice official to resign and revoke the sentences of sodomy.Tuscany, under the Grand Duke Leopoldo I, was the first Italian state to decriminalize homosexuality. Today, Florence continues to be one of the main Italian cities promoting equal rights and fight for LGBT community.Tuscany is full of gay friendly places and the people here are very welcoming! From the beaches of Maremma to the thermal hot springs of Chianti, the gay beaches of Versilia and the gay night life of Torre del Lago, including Mamamia, one of the most popolar gay clubs and events in all Italy.Tuscany is the land where you can enjoy your life at its best!