6 Hidden Gems to Discover in Italy

6 Hidden Gems to Discover in Italy

Italy is a country rich in natural wonders, history, art and gastronomic specialties. It is the country with the best hot springs in Europe, a beautiful medieval town in Tuscany and the best cuisine in the world. But there are some places in Italy that even some local Italians don’t know about. The hidden gems in Italy.Here you can find lakes, villages, private villas, art gardens, fortresses, beaches and fabulous landscapes. Let’s take a look at the six best-kept secret Italian destinations.

Resia Lake is in South Tyrol, in the Northeast Region of Italy. It is a unique lake characterized by the presence of a 16th-century Romanesque bell tower. It emerges from the depths of the lake, the only visible trail of the now submerged village of Curon, destroyed and rebuilt further upstream. During the winter, you can reach the bell tower by foot walking on top of the frozen lake.

Near the small village of Capalbio, in Tuscany, there is a garden that takes its inspiration from the works of Gaudì: Parc Guel in Barcelona. The Tarot Garden is adorned with splendid sculptures depicting the 22 Major Arcana of the Tarot. This dreamlike garden was born from the imagination of the artist Niki de Saint Phalle and was created in collaboration with many contemporary artists. 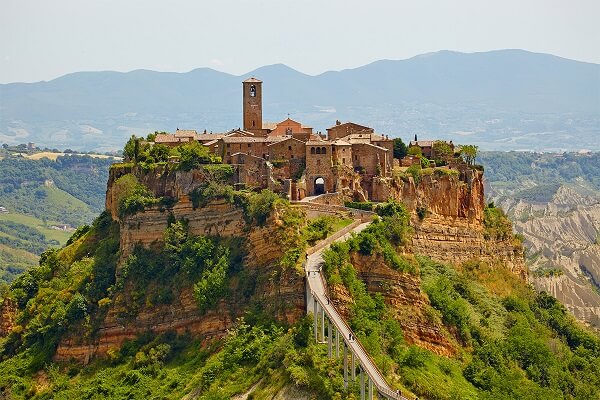 This town is known as “The city that dies” because of erosion that threatens its existence. This fascinating medieval village near Rome was built on top of a cliff and is reachable only by foot. Today it is considered among the most beautiful in Italy. When you reach the village, make sure to admire the views, try the local trattorias and their amazing dishes. During the winter, the atmosphere is surreal as only the cliff of the mountain emerges from a blanket of clouds. 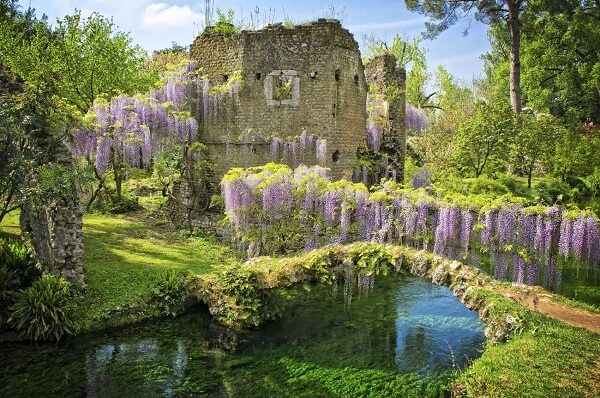 This Garden is one of the most romantic places in Italy, and it is a real paradise on earth, especially during the spring blooming time. This natural oasis in the province of Latina was a destination visited by literary notables such as Virginia Woolf and Truman Capote. 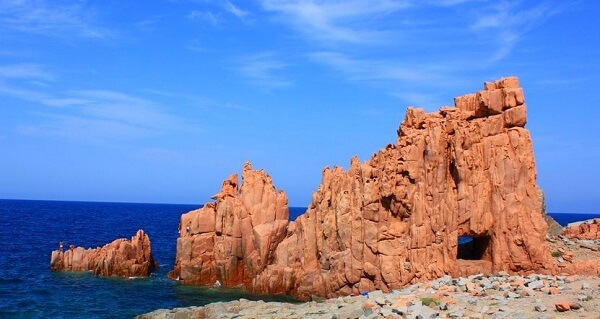 Sardinia is a destination that anyone should visit at least once in their life. It offers incredible beaches with crystal clear waters and unforgettable views. When in Sardinia, make sure to stop in Ogliastra and admire the striking panorama of the red porphyry rocks. This stand out against the blue of the sky and the sea with emerald reflections. They are located a short distance from the port of Arbatax and the view that you will experience at dawn at the time of docking will make you fall in love instantly with this land. 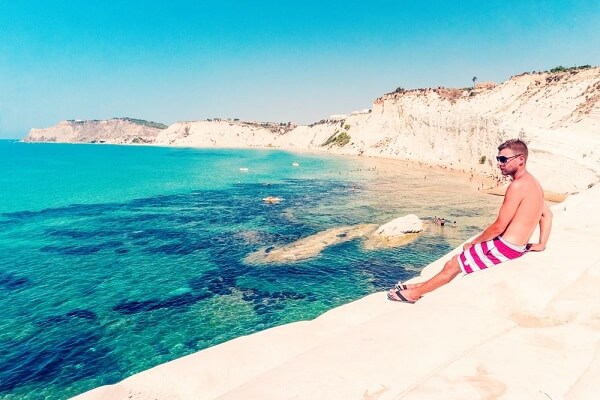 Scala dei Turchi is located in Sicily and owes its name to having been the landing place used by pirates (Turks) for their raids and where shelter was found from strong winds. The view is breathtaking: a limestone wall of white limestone stands on the sea between two beaches of fine sand and plunges into the blue of the Mediterranean creating an incredible chromatic contrast.